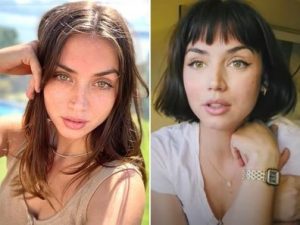 The power of the post-breakup haircut is an enduring paradox in the worlds of style and love.

Knives Out star Ana de Armas is the latest to opt for the heartbreak chop, following her headline-making split from Ben Affleck this week.

The Cuban-Spanish actress, 32, has forgone her long, silky hair for a short, blunt bob with a fringe. (Instagram / YouTube)

De Armas’ chop has raised the question of just how much power the post-break up hairstyle holds, and why it’s so appealing.

Hair stylist Anthony Nader of RAW Hair has witnessed the phenomenon first-hand – “more times than I can even count”.

“Is the post break up haircut or colour a good idea? Sure it is, but only if you are really ‘mentally’ ready for the change of scenery, so to speak,” he tells 9Honey Style.

After more than three decades in the industry, Nader says he can pick up on whether or not a client really wants the change. “Hairdressers are also known as psychiatrists.

It’s a two-for-one kinda deal,” he quips. Nader says hair, as the “trademark” of our appearance’, is a “powerful tool” to make or break confidence.

“A strong haircut and colour will make such a difference to your personality in the most positive way,” he says.

Michaela Josephson, a relationship expert from Better Together Relationships, tells 9Honey Style break-ups can make us “instantly want to change something about ourselves.”

“People often, be it good or bad, think of what can they change immediately, rather than looking inwards and changing what their potential weaknesses might be as a partner.”

We’ve witnessed this phenomenon time and time again – the short bobs, the bleached ‘dos, the ‘refreshed, edgier’ look of a person emerging from a relationship.

“It gives you that powerful feeling of ‘I’ve still got it’ and it makes you believe in investing in yourself.” (Instagram)

“Doing work on ourselves on the outside can be daunting, and it’s not as an immediate change as colouring or cutting your hair,” Josephson says.

“Changing something external is a hell of a lot easier and it symbolises a lot to people, new beginnings and a fresh start.”

The post-break up haircut is not gender-specific, either.

Following his split from supermodel Bella Hadid in 2019, singer The Weeknd grew a mustache and cut his hair.

Singer Joe Jonas, who dated Hadid’s sister Gigi, also opted for a new look after they broke up, dyeing his black hair with a hint of blue.

Zayn went through his fair share of hair phases.

While Zayn Malik may now be expecting his first child with Gigi, the former One Direction singer did shave off and bleach his hair after splitting from former fiancée Perrie Edwards.

“It is quite common for so many people,” Josephson explains.

On the flip side, Josephson argues a simple haircut or beauty treatment can be “very empowering”.

“When you leave a relationship, you want to feel as good as you can about yourself, and it’s a way to remind yourself that you do deserve to feel and look beautiful,” she explains.

“It gives you that powerful feeling of ‘I’ve still got it’ and it makes you believe in investing in yourself.”

The relationship expert also notes the chop can be a way to return to “oneself” after a long-term partnership.

This trend has been visible throughout famous relationships. 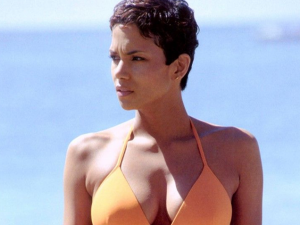 Halle Berry returned to her signature haircut and reminded us all, she is incredible.

Following her split from model Gabriel Aubry in 2010, Halle Berry returned to her iconic pixie cut. It was a reminder to us all that, yes, she was the Bond Girl who emerged slow-motion from the seas and managed to pull more on-screen attention than her co-star Pierce Brosnon.

Jennifer Aniston, famous for ‘The Rachel’ haircut, ditched her trademark look altogether following her 2005 divorce from Brad Pitt, debuting a golden honey blonde that she hasn’t strayed from since.

Even Princess Diana, who regularly sported a cropped cut, snipped her hair even shorter after leaving Prince Charles, and it’s safe to say that was an iconic move.

“Sometimes that external makeover is enough to help someone feel refreshed when coming out of a relationship,” Josephon notes.

“But sometimes the person also needs to look inwards, and have that internal makeover. Whatever approach you take, haircut or therapy, each avenue has its own way of being empowering and it’s all about reflecting on who you want to be, more than what you want to look like.”

“Think really bad mullets and scalp bleaching so wrong that the end result looks more golden than the sun,” he says.

Whatever you choose to do, all we can say is it’s sometimes best to stay away from the scissors, and just treat yourself instead.